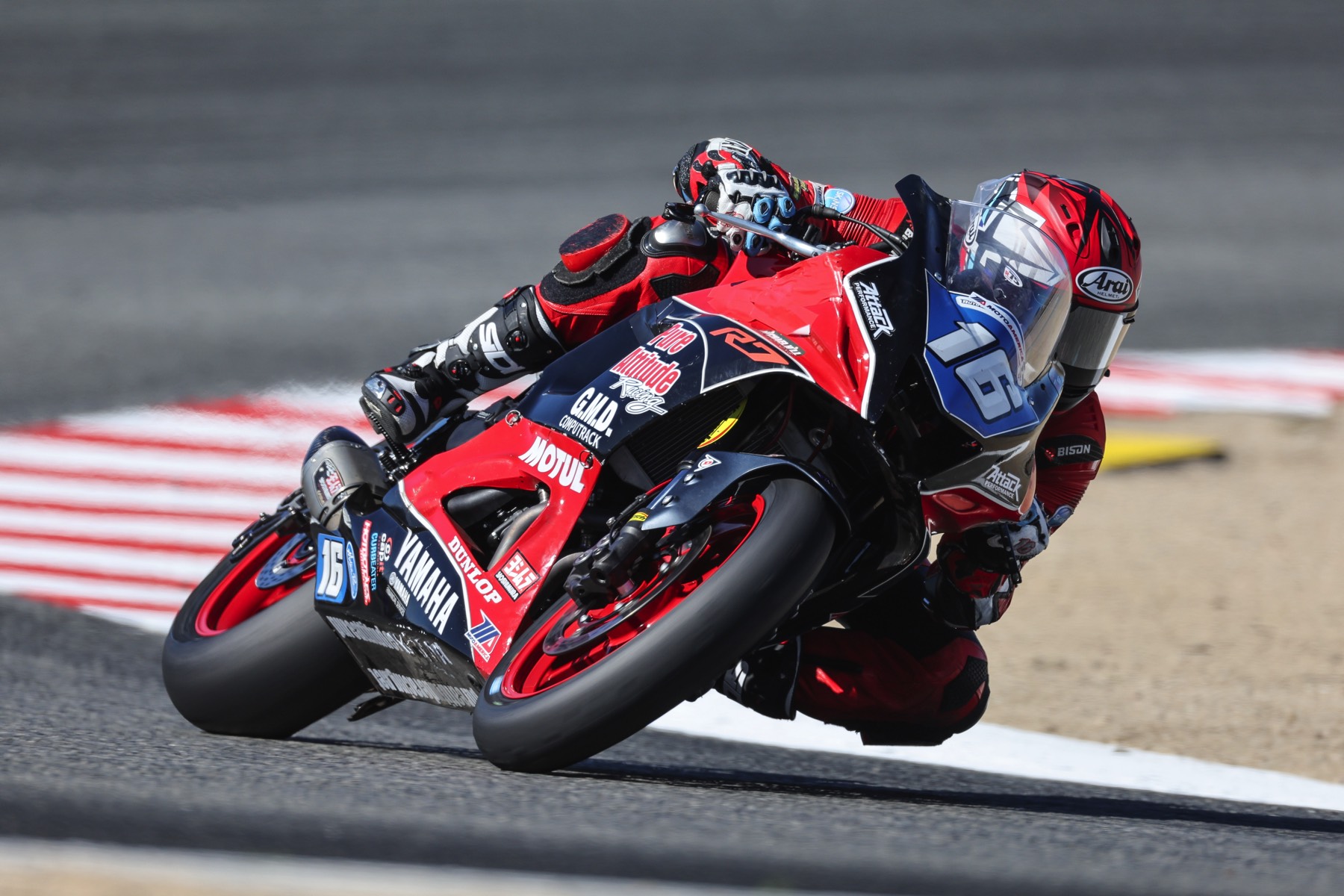 The Pure Attitude Racing team kickstarted the second half of the 2022 MotoAmerica championship at Laguna Seca this past weekend with riders Chase Black, Liam MacDonald, and Trevor Standish once again on track.

After receiving further technical support for the event from Yoshimura, who already supply the team with exhausts, the Twins Cup program was given a real boost as the series entered its second half.

Both Trevor and teammate Liam continued their run of form, the pair qualifying well before contesting for the top ten in the early stages of the Twins Cup race on Saturday. Sadly Trevor was eventually forced to retire with a broken gear linkage.

Trevor Standish:
“I got a great start and was in the top ten immediately which gave me so much confidence. I was able to hang with them for a few laps and I think was running eighth or ninth but unfortunately, I had to retire when the gear linkage broke. I had crashed in Q2, and the team did a great job to fix the bike so we could race but the part that broke was not visible and it kind of sucked to miss out on a top ten as we should have had one in both races on the west coast. That’s how it goes sometimes. I will take it on the chin and head to Brainerd ready to fight.”