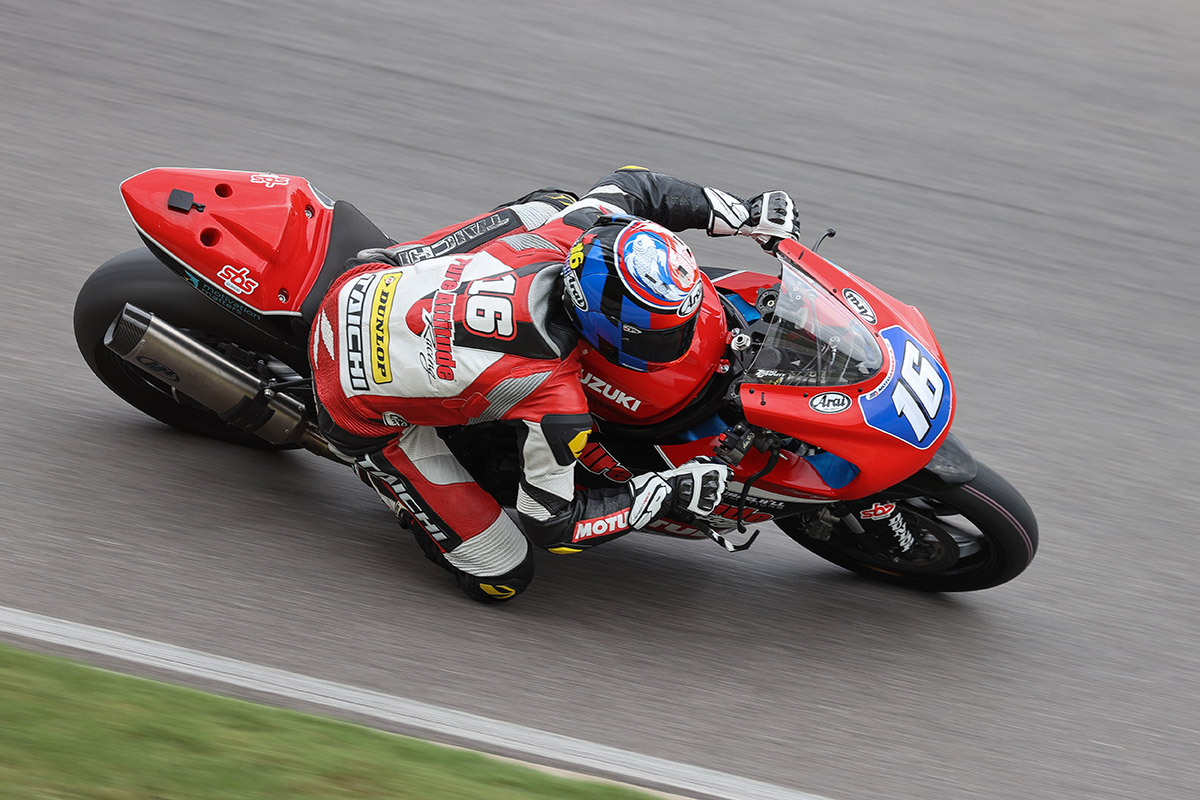 In Twins Cup both Liam MacDonald and Trevor Standish revelled in the wet conditions. Qualifying on the third and fourth rows of the grid respectively, they quickly moved forward when the lights went out – Trevor in contention for the podium before sliding out of the race in spectacular fashion.

Trevor Standish – DNF:
“The race started well, and I made a good launch off the line, but the bike didn’t feel right. I don’t know if it was running on one cylinder in the beginning, but something wasn’t right. The race was red flagged and we were able to find a solution and then in the restart I made another good start and was a lot more aggressive. I worked my way up to fourth and fighting for the podium but then I had an issue. I don’t know if I hit a false neutral and the RPM skyrocketed, and I went down. There was nothing I could do. It’s a bummer as we showed again that we had pace and it makes me even more hungry to get the job done next year”