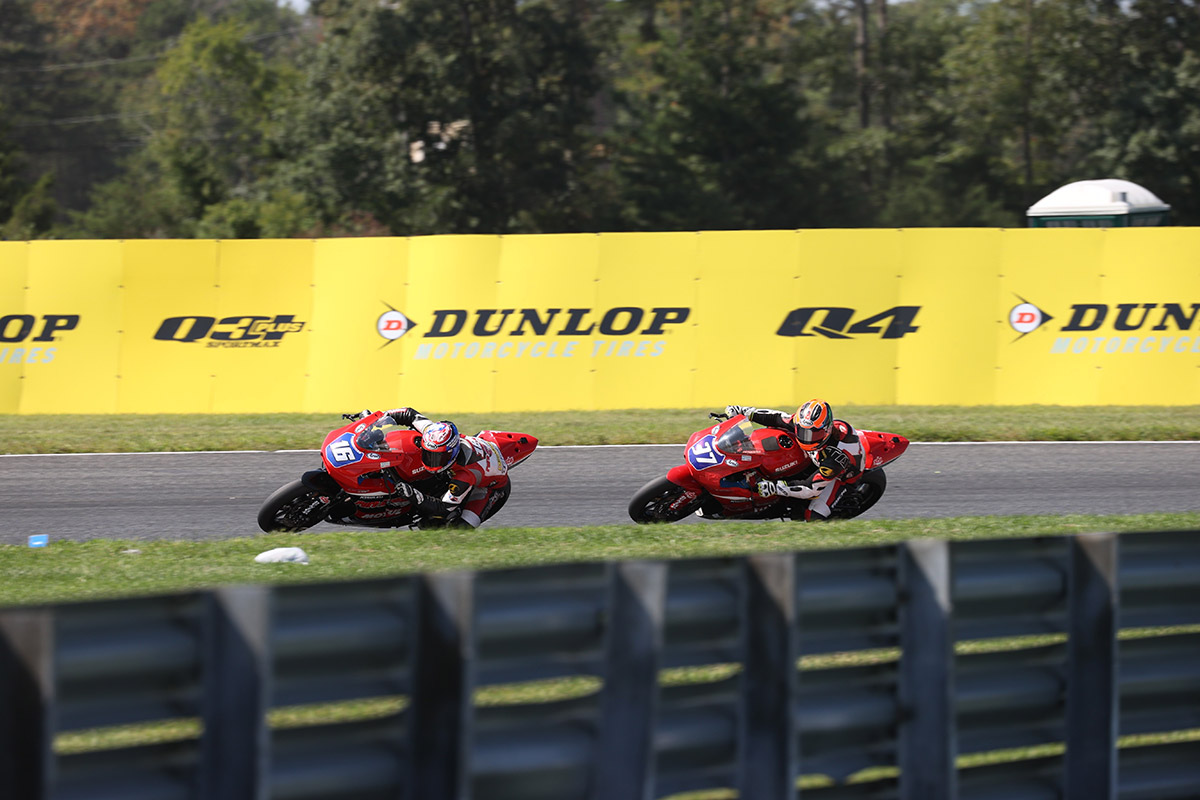 Pure Attitude Racing bounced back from a couple of crashes on the opening day of the penultimate round of the 2021 MotoAmerica Championship at the New Jersey Motorsport Park to record a double top eight finish once again in the Twins Cup category.

Trevor Standish, who led the overall points classification earlier in the season continues to build strength and confidence after breaking his scaphoid arm round three. The #16 finishing eighth in both Twins Cup races.

Trevor Standish:
“I made a decent start in the opening race, but I made a mistake on lap four I think it was. I ran faster than I ever had at New Jersey, and this is the positive. I need to keep focusing on myself and remember that I have missed two thirds of the year after breaking my wrist, which is still not 100%. I struggled at the start of Race 2 and made a couple of mistakes. I lost the group a little but was able to run a decent pace. I suffered a few issues changing gear but took another eighth at the flag. We go to Barber Motorsport Park next week, which is a track I enjoy, and I am looking forward to ending the year on a high”