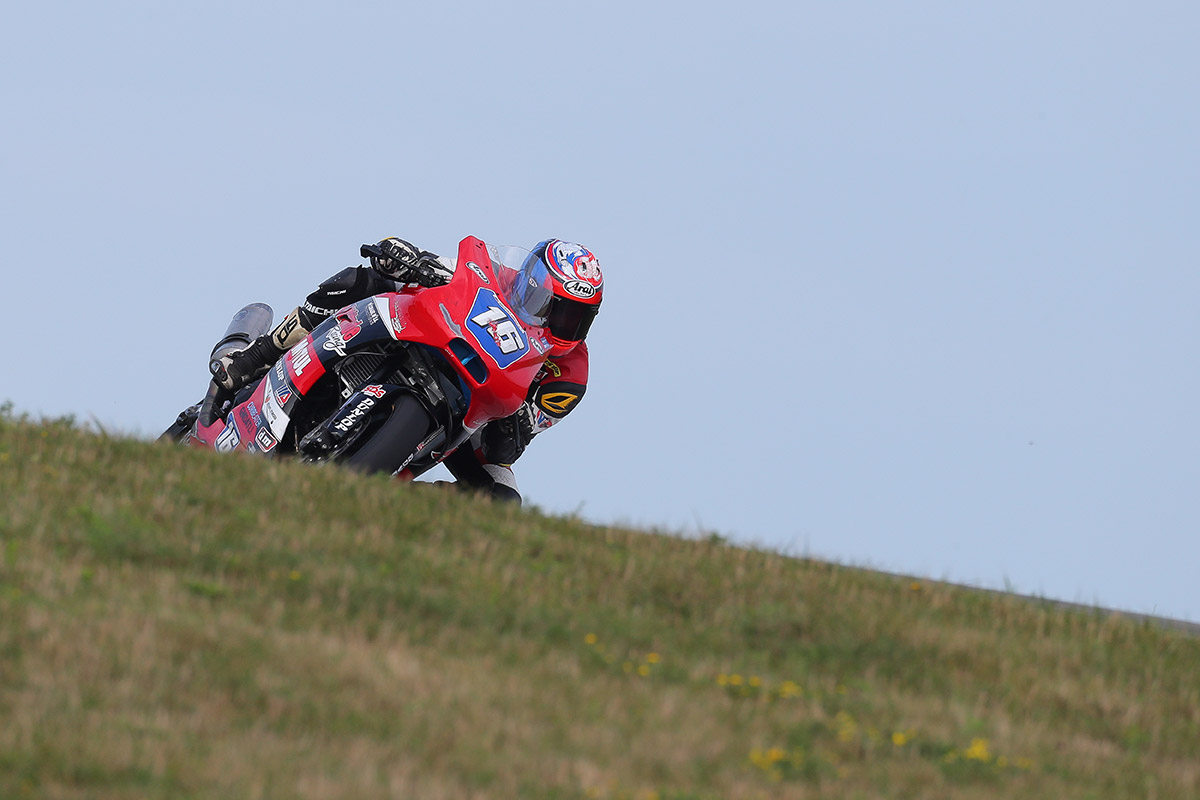 Pure Attitude Racing picked up plenty of points in the latest round of the 2021 MotoAmerica Championship at the Pittsburgh International Race Complex this past weekend -The event also saw the return of early Twins Cup points leader Trevor Standish. The #16 had missed several races following his Road America crash and whilst a technical issue forced his retirement, Standish rode through the discomfort to run strongly in the top ten prior to his stoppage.

The team now has a couple of weeks to regroup prior to the penultimate round of the 2021 season, taking place in September at New Jersey Motorsports Park.

Trevor Standish:
“Unfortunately I made a call to change something on the bike for the race that meant we went in the wrong direction but I powered through and after almost being taken out at the start was able to run some competitive times considering my wrist is still not 100%. Sadly, we hit a small technical issue which meant I had to pit. The team did a great job and I went back out but sadly finished outside of the points. It’s a bittersweet feeling as we were strong in qualifying and I am stoked to be back on track, but we live and learn, and we move onto New Jersey ready to push again.”