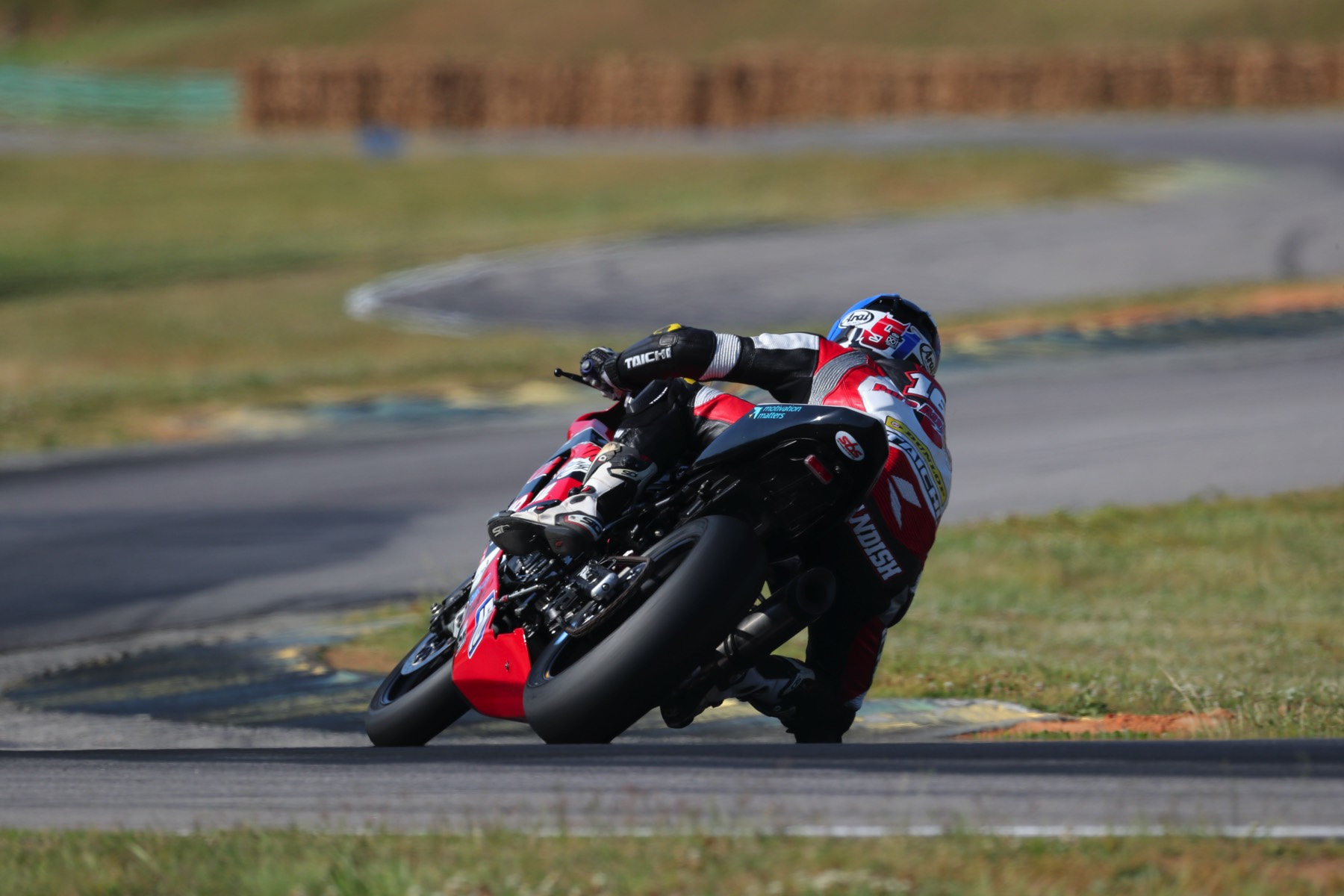 Pure Attitude Racing enjoyed another successful weekend in the latest round of the MotoAmerica championship with all four riders achieving points scoring finishes for the second consecutive event.

Buoyed by their front running pace in the Twins Cup season opener Trevor Standish and Liam MacDonald were once again in the mix, both riders bagging a double top ten finish, Trevor taking a sixth and a fifth to remain second overall in the points classification.

Trevor Standish:
“I made a good start in Race 1 and was leading but got shuffled back a bit early on. I was holding my own but then ran into some rear grip issues which prevented me from pushing as hard as I knew we could have. It was a solid Saturday and good points for the championship. Race 2 was a nice step forward. I was leading again for a lap and was able to hang with the lead group before arm pump meant I faded a little. Fifth and still second overall in the points is a great result and I am ready to race again at Road America in a couple of weeks.”