By Web Admin
Posted May 4, 2021
In NEWS
Trevor On The Podium In MotoAmerica Season Opener2021-05-042021-05-25https://trevorstandish.com/wp-content/uploads/2020/04/trevor-standish-web-logo-.jpgTrevor Standish Racinghttps://trevorstandish.com/wp-content/uploads/2021/05/pure-attitude-racing-motoamerica-2021-road-atlanta-8.jpg200px200px 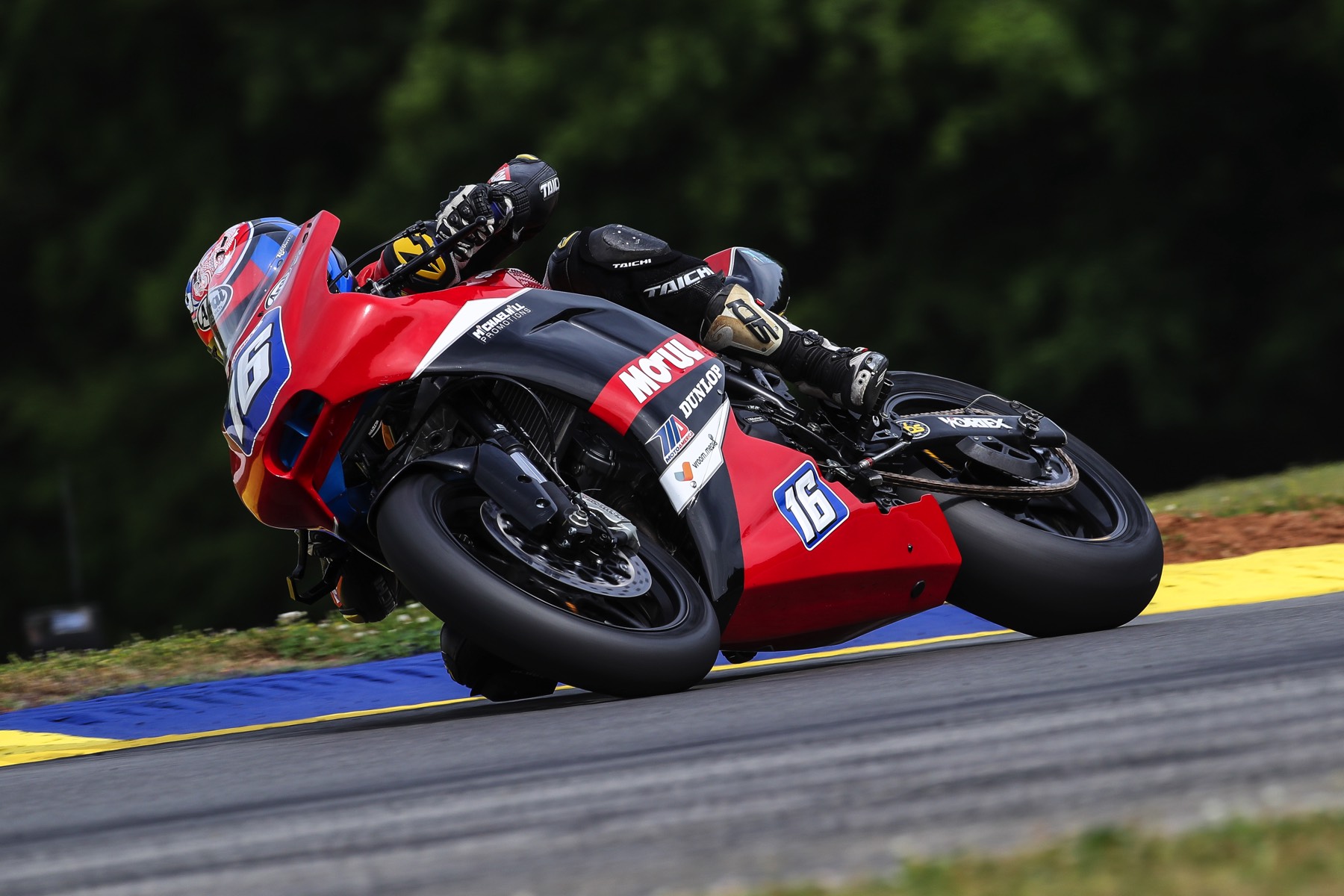 Pure Attitude Racing made their intentions clear in the opening round of the 2021 MotoAmerica series at Road Atlanta this past weekend. Trevor Standish raced to a maiden Twins Cup podium, his team mates securing solid race finishes in both Supersport and Twins Cup too!

The weekend began in style in Gainesville Square where all four riders attended the annual ‘Season Kick Off’ Party, one of the team’s machines was also on display.

When the on-track action got underway on Friday, Twins Cup duo, Liam MacDonald and Trevor Standish had an up and down day one but bounced back in style to qualify strongly ahead of their two races.

Looking back at the races – two in both classes – the team are delighted with the performance of all four riders who each ensured a bag full of points as the season heads to Virginia International Raceway in a couple of weeks.

Trevor Standish began his title campaign in Twins Cup with a fighting fourth on Saturday, which he followed up with a stunning ride to P2 on Sunday, the #16 leaving Road Atlanta with the championship lead.

Trevor Standish 4th / 2nd:
“The season got off to a great start. I finished fourth on Saturday which was a career best finish in the Twins Cup class for me. I made another good start in Race 2 on Sunday and was running a strong fifth. I was hanging with the lead group and I noticed some smoke along the main straight. I had made a couple of mistakes, which was lucky in hindsight as there was a three-rider crash into Turn 1. I knew it must have been fluid, so I was extra cautious. We regrouped and I made the hole shot and was able to pressure Teagg Hobbs throughout. It was a great feeling to lead the opening lap and a half and to be able to fight for the win. I made the fastest lap of the race on the last lap and am leading the Twins Cup championship too which is unbelievable, I actually have no words. The next round is at one of my favourite circuits – VIR – and I hope we can keep the momentum going. I want to thank the whole Pure Attitude Team for all their hard work this weekend, especially Kent and AJ, and thank the fans for going so crazy at the podium!”