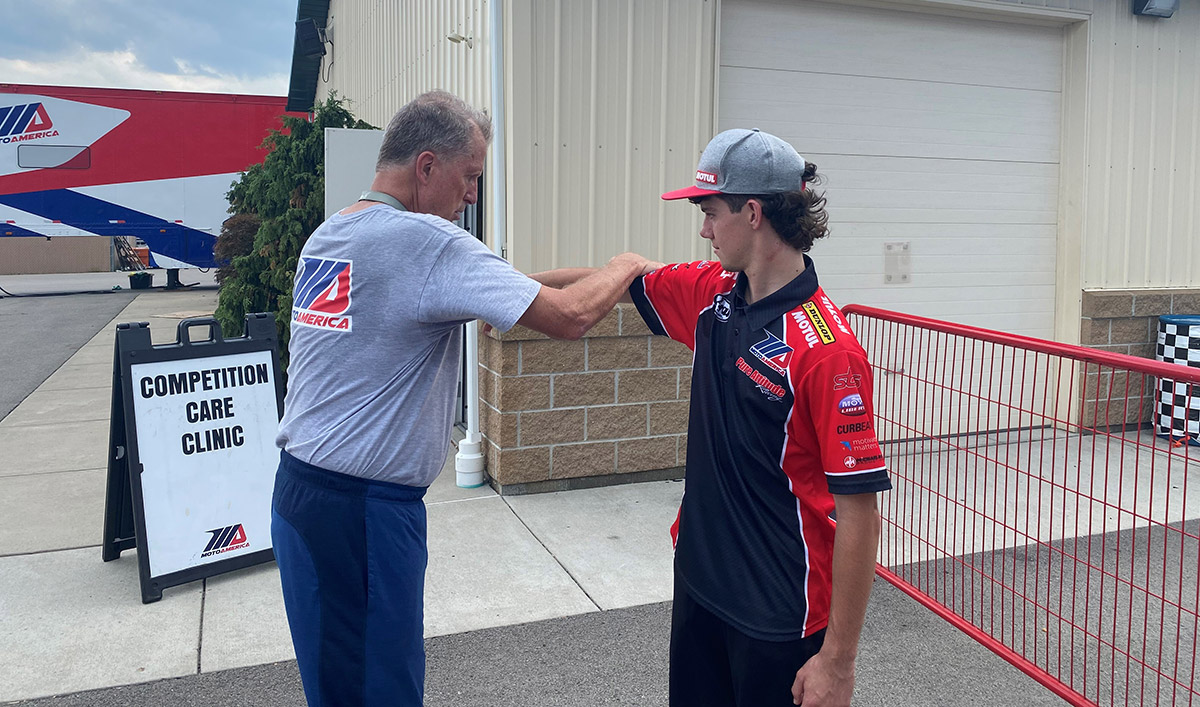 Pure Attitude Racing has announced the return of their Twins Cup rider Trevor Standish at Pitt Race this weekend.

Trevor, who led the 2021 MotoAmerica Twins Championship after the opening two races at Road Atlanta, has been a spectator since he crashed out of a potential podium at Road America, breaking his wrist. But now, after several long months of recuperation, he is ready to race again.

With the championship no longer a realistic possibility, Trevor intends to show his front running pace in the remaining races, before announcing his 2022 plans.

Trevor Standish:
“After two months of not riding I am thrilled to be able to race in MotoAmerica once again. I am very thankful to the amazing staff within MotoAmerica for their support and especially to Dr. Jim for enabling me to get back on track before the end of the season. I was given the opportunity to ride this week and it went well considering it was the first time I had ridden since the crash at Road America. Now that I have been given clearance to race, I am so excited to give it my best at Pitt Race. I am not expecting anything, I am just so happy to be able to ride again.”